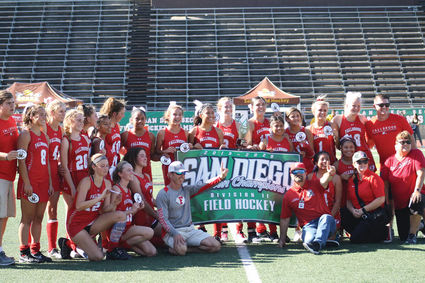 Coming off a run to win the CIF San Diego Section Division II Girls Field Hockey championship in 2019, the Fallbrook High School girls' field hockey program was poised to capitalize on that success with a growing interest in the sport in town.

The Warriors used a senior-laden team to rattle off playoff wins that featured game-winning goals in the waning moments, a stout defense, and a cohesive team unit throughout.

Fallbrook had long been a field hockey powerhouse under the tutelage of longtime head coach, Kathy Waite, but in recent years, instability in coaching leadership took the program down a few notches.

Unfortunately, when the COVID-19 pandemic shut down the school and all summer high school sports programs, it meant the momentum the Warriors had gathered, took a little bit of a hit.

"Virtually we're working on our conditioning, and we're individually working on our stick skills," Berg said. "Coming off that last year and winning Division II, we have been bumped up to Division I, we've lost 10 seniors. Nearly all of them were starters. So, we're building leadership. We're going to be young. We're building enthusiasm for the sport. Winning CIF definitely drums up some enthusiasm for our sport."

Berg said, so far, she is pleased with the young athletes coming into the sport.

"We've definitely got a battle, but we have some enthusiastic young kids," she said. "They are positive. We have some really good role models for them."

Since they are working out virtually right now, they are doing what they can to build that team atmosphere, she said.

Of course, to build a team in a sport like field hockey, there has to be some on the field time together to build a rapport.

"There's a lot of learning to play together, being able to predict what each other is going to do," Berg said. "There's a lot that's going to take some working together."

As it stands, the team can start practicing together in December, with games starting just two weeks after their first day on the field together.

"You know, everybody's (all teams) going be in the same boat," Berg said. "That's my only silver lining here is that we have contact with our kids.

"I think we're on a very level playing field with the other teams because they're in the exact same boat," she said.

So, for now, she said the Warriors are controlling what they can control. 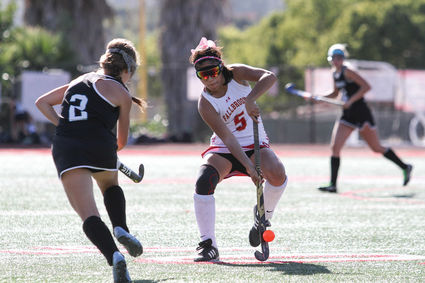 "We are working on getting them all physically fit so they can hopefully outrun people, which is one of the things that we were able to do last year," Berg said. "We were able to sprint for the entire game, whereas other teams started to peter out a little bit. In fact, we scored often in the second half. We expect those same sorts of levels of fitness out of our girls this year. And so, you know, they've been off doing what they're doing. A lot of them have had to do some getting themselves really back into shape."

So far, Berg said they haven't seen too many of the athletes choosing another sport over field hockey, given the compressed nature of the sports seasons from three to two for this school year.

"Not that I know of," she said. "My guess is that if they had to choose right now, maybe they would choose us. That's my hope. Right. Because it's an exciting time for us."