By Don Thompson
The Associated Press 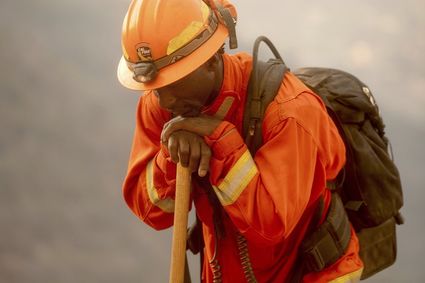 In this Aug. 17, 2020, file photo, an inmate firefighter rests during a break from battling the River Fire in Salinas.

California's inmate firefighters will have a shot at becoming professional firefighters once they complete their sentences, under a bill Gov. Gavin Newsom signed into law Friday, Sept. 11.

The new law will allow state and county inmates who train as firefighters to seek to erase the criminal records that often are a bar to employment as firefighters or in other professions.

The measure "will give those prisoners hope of actually getting a job in the profession that they've been trained," Newsom said as he signed the bill against a backdrop of gray ash and charred trees near Lake Oroville...