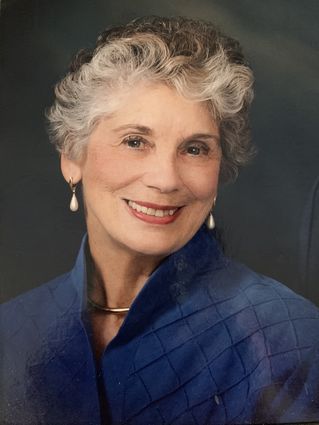 Florence Robertine Cyr Landry Rousseau was born in the province of New Brunswick, Canada, on Dec. 17, 1925, and passed away Sept. 17, 2020, in Fallbrook, California. She was one of five daughters and one son born to Catherine Nadeau and Robert P. Cyr.

Florence was a high school Valedictorian and graduated from nursing school in 1946. In 1948, she married Robert Landry and they had three children. In 1956, he was killed in an automobile accident. Florence and Jean Rousseau were married in 1959, emigrated and became U.S. citizens. Together they had four children.

Florence was mother to seven children, Rosemarie (Steven), Anne (Rick), Robert, Lise, Jacques (Lela), Monique (Brad) and Michele (Steve), as well as 12 grandchildren and 16 great-grandchildren. She also leaves one sister, Catherine of Florida, and a multitude of nieces and nephews.

There will be a private Funeral Mass for family only.

Full obituary is at berry-bellandhall.com.