By Don Babwin
The Associated Press 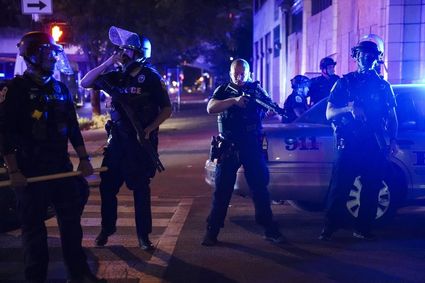 Police stand guard on the perimeter of a crime scene after a police officer was shot, Wednesday, Sept. 23, 2020, in Louisville, Kentucky.

A man walks up to a squad car and opens fire on two sheriff's deputies sitting inside. Two police officers are shot after responding to sounds of gunfire during a protest.

The shootings – one in Los Angeles and the other 2000 miles away in Louisville, Kentucky, less than two weeks later - are stark reminders of the dangers law enforcement officers face at a time when anger toward them in the wake of police killings of Black Americans, such as George Floyd and Breonna Taylor, has boiled over.

"I think it's more than a suggestion that people are seeking to do harm to cops," David Brown, sup...