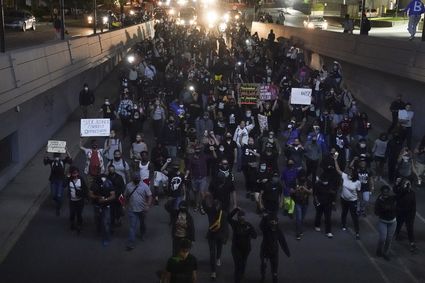 Protesters have taken to the streets to demand more accountability in the case of Breonna Taylor, following release of grand jury recordings Friday, Oct. 2.

Police said they knocked repeatedly and identified themselves for a minute or more before using a battering ram to enter Breonna Taylor's apartment, according to Kentucky grand jury recordings released Friday, Oct. 2, then killed her in a rapid hail of gunfire after the first officer inside her door was struck by a bullet.

But Taylor's boyfriend, who fired on the officers, said in an police interview played for the jury that he did not hear them announce themselves. If they had, he said, "it changes the whole situation because there's nothing for us to be scared of."

The dueling accounts of...