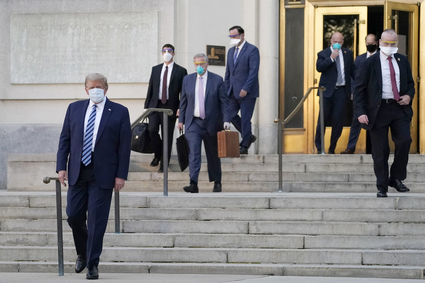 BETHESDA, Md. – President Donald Trump walked out the military hospital Monday night where he has been receiving an unprecedented level of care for COVID-19, immediately igniting a new controversy by declaring that despite his illness the nation should not fear the virus that has killed more than 210,000 Americans.

Wearing a mask, Trump left Walter Reed National Military Medical Center for a waiting SUV that carried him to Marine One for the short helicopter flight back to the White House. Trump's doctor, Navy Cdr. Sean Conley, said the president would not be fully "out of the woods" for...