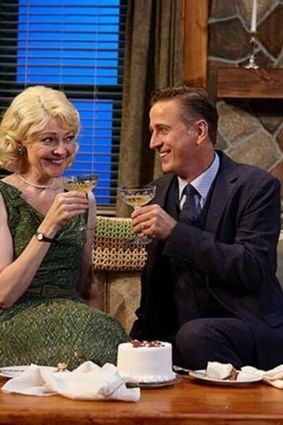 Katie MacNichol as Doris and Bruce Turk as George toast each other during a once a year meeting in "Same Time, Next Year."

Two terrific shows are now available to view online. How do I know they're terrific? It happens they are from two very creative places.

David Ellenstein is back in the director's chair with North Coast Repertory's newest show "Same Time, Next Year."

Written by Bernard Slade and first produced on Broadway in the 70s followed by a wildly successful movie, Slade is also the creator of television's long running series "The Partridge Family."

Accidentally meeting at an inn in Northern California, the enlightening banter between George, played by Bruce Turk, and Doris, played by Katie MacNichol,...