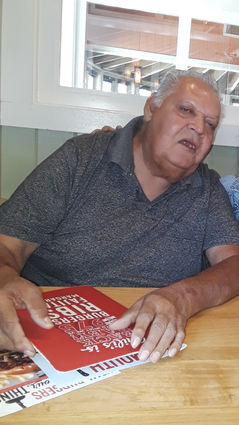 Rigoberto loved his job as a truck driver and the many sights he was able to see along the way. He enjoyed the years he was able to spend and grow up with his three sisters and five brothers. He took delight in the little things like listening to his oldies, watching the flowers bloom, drinking a cup of coffee in the morning sun, and watching his baseball games.

He is survived by his wife Martha; three daughters, Cristina, Cynthia and Patricia; grandson Jordan, and his seven remaining siblings. Rigoberto's family is deeply saddened by his departure but take comfort in the fact that he is being reunited with his son, Rigoberto Vasquez Jr.

Rigoberto's funeral will be Oct. 29 at the Fallbrook Masonic Cemetery at 11 a.m.