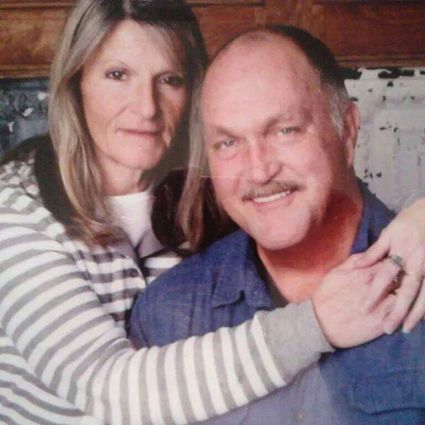 Menifee resident Kaylee May is creating a community communications network

called The Penny Project, named after her foster mother, for those who work

together in the foster care system.

said. "I had actually started an Instagram for the restaurant that I work at and I was

on social media a lot, and I was seeing a lot of advertisements and stuff like that,

and I came across one for a program called Together We Rise."

Together We Rise is a nonprofit organization for foster children.

"One thing that they focus on is making duffle bags, supplying them for foster

kids," May said. "I remember 'cause when I was in foster care, they put all your

stuff in big black trash bags, and that's how you travel from house to house."

She talked with her foster father about it.

"I just recently went to Utah, which is where he lives and where I was in care and I

saw him, and he lives alone in a small town and it just brought back the idea for

She left the idea on the back burner for a time due to life being busy, May said.

"Getting close to the holidays, I just wanted to do what I could and I felt like

maybe using my voice and my knowledge would help," May said. She went into

One of her ideas was to help connect those to gift drives for Christmas, as she had

received gifts one year from strangers. Another idea was focusing on helping group

"I've been talking to a group home, Oak Grove Center," May said. "They actually

kids to be sponsored, because group home settings are generally more like a last

"You have your kids who are in the family setting; you have ones that are in

proctor care; and then you have group homes where sometimes if you're not

behaving in your foster home, or multiple foster homes, you then get sent to a

group home setting," May said. "Sometimes it may not be behavioral, it may just

be because of lack of foster homes."

May also has been in contact with El Roi, a foster closet in Bonsall that allows

"I think what they do is very important, because when I was in foster care and

of clothing and having nice things," May said. "A lot of the homes that I went

through before I got to the home that I was in, my last home with Penny,

everything was very used and worn-out.

"I had gone through a few homes that would have five, six girls, and it's just

May contacted other groups as well.

"I think that the older that I get as life goes on, I just have more of an appreciation

for the things that the adults in my life did," May said. "To know now looking

back and being a parent myself, I have so much more of an appreciation of what

they did for me, and also for the ones who saw past the hard exterior, the walls,

May has a 5-year-old son and a 5-month-old daughter.

"A lot of kids want to have a voice; they just don't know how," she said.

To learn more about The Penny Project: helping make community connections for