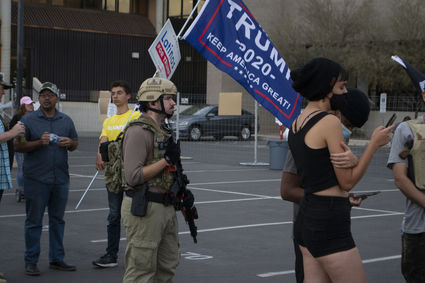 Some armed supporters of President Trump were present at a rally outside the Maricopa County Tabulation Center in Phoenix, calling on a "fair and honest election" as votes were tallied in the days after the Nov. 3 election.

It wasn't the decisive walloping Democrats were hoping for.

And, in a country that has grown used to media organizations projecting presidential winners on Election night or soon after, the lengthy counting process of large numbers of mail-in ballots this year created an unsettling days-long purgatory for both sides.

But the Associated Press, CNN, NBC, Fox News and other media outlets projected Joe Biden to be the 46th president of the United States, Nov. 7, after it became clear he would win Pennsylvania and Nevada, although the final tally in Arizona continued to tighten and the results...