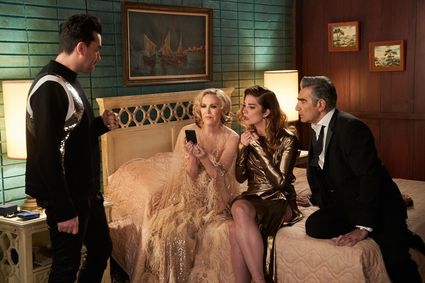 HOLLYWOOD (CNS) - "Schitt's Creek'' returned to the top of the streaming ratings among the four services measured after a one-week absence in the latest weekly report from Nielsen released today.

Viewers watched 1.058 billion minutes of the 80 episodes of the Emmy-winning comedy between Oct. 19-25 for its third first-place finish in four weeks. It finished second the previous week.

``The Office'' was second, with viewers watching 869 million minutes of the 2005-13 NBC comedy. ``The Haunting of Bly Manor'' was third, with 838 million minutes watched, a week after the nine-episode Netflix hor...