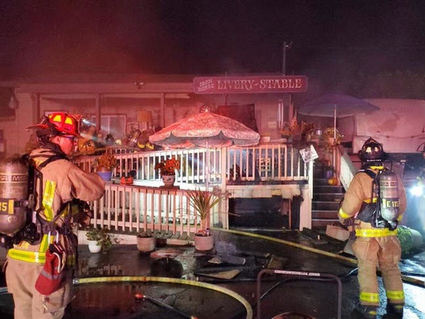 After some effort, firefighters in Fallbrook were able to extinguish a fire Sunday night at a residence on West Fallbrook Street.

The fire, which broke out at 8:05 a.m. at a commercial building that had been converted to a home just west of Main Avenue, left two occupants with some smoke inhalation injuries but killed no one, North County Fire Capt. John Choi said.

According to Choi, the fire engulfed an area underneath the home's front decking and threatened to extend to the main home. Firefighters were forced to crawl underneath the building to knock out the flames, he said.