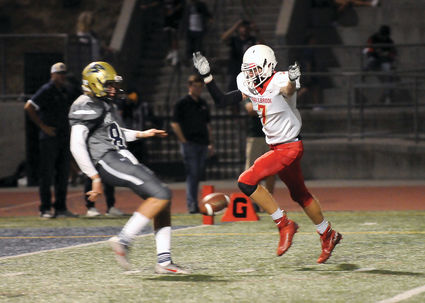 If all goes to plan, Fallbrook High's varsity football team will be back in action on Jan. 8, 2021 with their first game in more than a year.

It's not ideal, but Fallbrook Union High School Head Football Coach Troy Everhart will take what he can get these days with the team meeting for short workouts during the week.

"We've been very fortunate, Ingold (Sports Park) has been very gracious," Everhart said. "Josh (Guerrettaz) over there has just been incredibly receptive and hospitable to us. And we're very thankful for that."

Due to COVID-19 restrictions handed down from the county and state, you wouldn't call what they are doing as practices, but certainly workouts.

"Unfortunately, we can't use a ball there," Everhart said. "But other than that we've been able to work inside our pods or cohorts or whatever term they want to use. We're only out there for an hour and we do 15 to 20 minutes of what I call just general conditioning. We set up cones in our pods and each coach has a group by position or potential position."

He said the coaching staff has been able to really look at all the kids in the program.

"We've been looking at some freshmen because they're another outstanding freshmen class and really excited about them," Everhart said. "And so it's just been nice from the standpoint of the kids, it's clear to me that the kids miss being around each other and interacting and it's nice to have them all together."

This time together has been a positive experience so far for the coach.

"Last year was a totally different thing than I've ever been a part of, but just moving forward, I want it to be a total program," Everhart said. "I am harping on the kids a lot lately about that as opposed to being a one-year contract or being an AAU mentality where you're just out there for yourself for one year. This place has a rich tradition. I just would like it to get back to that before my time here is done. And I think that the only way to have that is to have that personable approach.

"It goes back to before the quarantine getting out (to) meet with each kid that was returning. Going over their evaluation from the previous year, what they could do better, sitting in living rooms and talking to parents and getting an understanding of where they're coming from and what they'd like to see as well."

That mentality is something Everhart is pounding home to his coaching staff as well.

"I tell the guys all the time I can find scheme guys; scheme guys are a dime a dozen," he said. "You have to find a coach that's going to motivate and get to the heart of the matter. Because some kids, when you critique them they like that if it's a very low key, in private kind of thing. And some guys you can just do it right there on the field and you just have to find which button you have to push for each kid.

"If you want to coach on this staff, you're going to have to understand how to motivate your position. I tell them all the time, that's how I'm going to evaluate our coaching staff. Can you motivate them?"

Having some time to establish that has been a nice opportunity.

"When I walked in the door a year ago there was definitely some cohesiveness that I didn't think was there," Everhart said. "Again, we were all getting to know each other. Even though some of it's been online, we've had time to understand the level of expectation, work ethic, things like that that I think will hopefully propel us moving forward."

With a young group of talent and returner that have been through the wringer, that's important.

"We've got a tremendous group of freshmen that are coming through and a great sophomore group that's coming through and you still have to motivate them," Everhart said. "You still have to find a way to trigger them. And then this senior class has been through so much as a class and they're still showing up every day. They're resilient, they persevere. We've got to figure out what is their why and how are we going to continue to spark it? Because things aren't going to go smooth the whole year. And when they don't, I don't want them to revert back to old habits or old thought processes moving forward."

The coach said he thinks the team is ready to take the next steps in their development in training.

"I think the one that we're all finding out is that there's a power to human connection and you can't do it over the computer. And when you see the kids, when you talk to the kids in class and the kids that I have in my regular classes versus watching the kids, even in their small pods interact, it's just totally different. From an adult standpoint, from an educator standpoint, I hope we are tracking that because we can't lose a generation of kids." 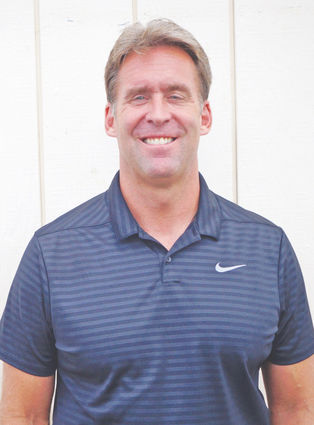 Head Coach Troy Everhart is in his second season as head coach of the Warriors.