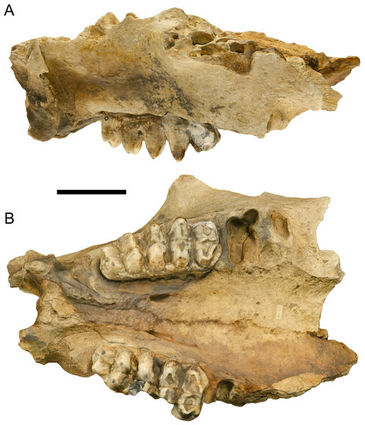 The photo shows the fossil of the easternmost occurrence of Mammut pacificus or scientifically named Proboscidea: Mammutidae, based on a partial skull from eastern Montana.

Ice age mastodons, who once roamed the Hemet San Jacinto Valley where the Diamond Valley Reservoir is located, may also have lived as far away as eastern Montana, according to new findings released by Western Science Center and Museum of the Rockies paleontologists.

A new paper from the museums reveals that the Pacific mastodon, Mammut pacificus, described in 2019 from the Pleistocene of California and Idaho, was also found in eastern Montana between 639,000 and 160,000 years ago.

The paper is now available in the open access journal PeerJ; the authors include WSC curator Andrew McDonald;...