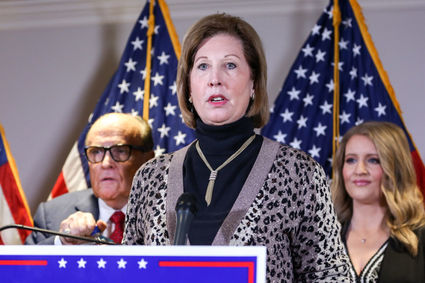 After Sidney Powell and the Trump team broke ties this weekend, Powell said Saturday, Nov. 21, that her team will file a lawsuit of "biblical" proportions, alleging that some election officials were embroiled in a pay-to-play scheme with a prominent manufacturer of voting software.

"We've got tons of evidence; it's so much, it's hard to pull it all together," Powell told Newsmax.

She didn't provide or elaborate on the evidence.

"Hopefully this week we will get it ready to file, and it will be biblical," Powell said, adding that "it's a massive project to pull this fraud claim together with...