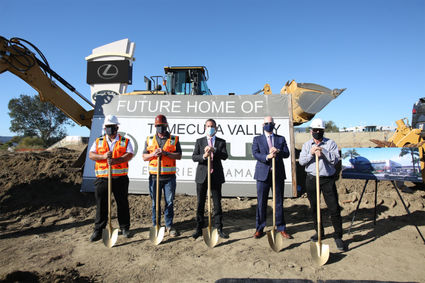 Grading began for the approximately 54,000-square-foot dealership, according to Christine Damko, economic development manager for Temecula.

The dealership will sit on nearly 5 acres at DLR Drive, near Ynez Road, and will be part of the Temecula Valley Toyota ownership family.

"We are thrilled to bring Lexus to the Temecula Valley," Tom Rudnai, president of Temecula Valley Toyota, said in a news release from Damko's office. "This has been a long process but...