Dacy Denton given 1963 Fairlane for her 16th birthday 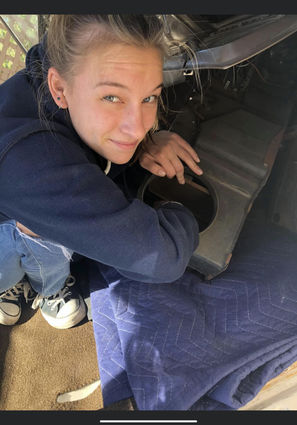 Dacy Denton is restoring this 1963 Ford Fairlane with her father who gave it to her for her 16th birthday.

Denton is helping to restore the car with her father, Scott Denton, who gave her the Fairlane. "I thought I would give me and her an opportunity to work together on it and spend a little quality time together," he said. "She's spent quite a few hours."

Scott Denton obtained the Fairlane from a friend in Fallbrook. "I went to go visit him and I saw it on his property," he said.

"It belonged to his cousin," Scott said. The cousin was willing to part with the Fairlane. "He lost interest in it," Scott said. "I...