Fallbrook VFW to give out Christmas dinner to those in need 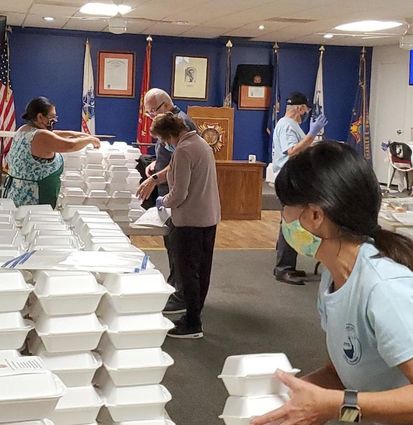 Members and volunteers from the Charles E. Swisher Veterans of Foreign Wars Post 1924 will be preparing and boxing up Christmas meals for folks in need, just as they did on Thanksgiving this year.

Chris Ingraham, Post Commander of the Charles E. Swisher Veterans of Foreign Wars Post 1924, is anticipating a big Christmas day for the post and its members and volunteers.

"Even though we were basically shut down, we provide Christmas and Thanksgiving dinners to the community," Ingraham said. "We normally only do about 250 to 300 meals for Thanksgiving. We did 731 meals, and they were all delivered and take out.

"With this current COVID stay at home order, we think we will have even more than we had for Thanksgiving because there are actually people that aren't gonna go anywhere. We're ex...