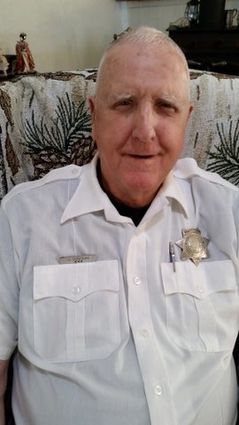 James Robert Donovan, "one-of-a-kind," passed away peacefully at home, soaring from this temporary life to Life Eternal, Dec. 16, 2020. He was born Dec. 7, 1924, in Fond du Lac,Wisconsin but went to school in Cleveland,Ohio. During his high school year he played trumpet in various dance bands.

He enlisted in the Marine Corps January, 1943 and went to boot camp in San Diego. Upon graduation he was put in a group that was bound for Camp Pendleton to prepare for the Division that was going to land at Tarawa, but fate stepped in - he was given a Radio Aptitude test and "aced" it. He was then sent to the Naval Air Technical Training Center in Jacksonville, Florida to be a radioman and aerial gunner on B-25's, known as "Mitchell's."

In the fall of 1943, Jim joined the Marine Air Group 32 at Cherry Point, North Carolina, and the unit promptly moved to El Toro and then to the Pacific War Zone. At this time MAG-32 lost its B25's and acquired Corsairs, so Jim was no longer a "fly guy."

In early 1944, MAG-32 was attached to an army unit for close air support and made the initial landing at Lingayen Gulf on the northwestern coast of Luzon, Philippines.These units waded ashore with MacArthur on the island of Mindoro, and later landed at Zamboanga, Mindanao. At the end of the war Jim was discharged as a Sergeant.

He attended UCLA and also went to Art Center School in LA. He re-enlisted in the Marines, and because it was discovered he had played the trumpet, was assigned to the Band at El Toro, California, and then back overseas to Iwakuni, Japan. This was the start of 25 more years in the Marines, during which time he graduated from the Berklee School of Music in Boston, Massachusetts. Jim played the trumpet in Marine bands until 1950 when he switched to Drum Major. He was a Drum Major, "Drummie" until retirement.

While with the President's Own Band, he led the band in many functions, including performing the Friday Night Parades at 8th and I. That bearskin was hot! He composed a march for President Lyndon B. Johnson and presented a copy of the score to the President after the Marine Band performed his march on the White House lawn. Quite an honor! He also composed and arranged other selections for the band, and designed a new, lighter, baldric and higher quality mace.

When Jim retired in 1972, some of the awards and medals he earned were the "Leatherneck Award" for outstanding marksmanship in Marine Corps-wide competition, the Philippine Liberation Medal with one star and the Asiatic Pacific Medal with three stars. He always said that he would like to do it all over again. Oh! the stories...

After retirement, he joined the Capitol Police in D.C. then his wife Maggie and he moved back to his home in Oshkosh, Wisconsin where he worked for a local newspaper, and played in various bands including a Dixieland band on a river boat. Lots of fun!

In 2000, they moved to the sunny climes of Fallbrook, where Jim played eight ball pocket billiards at the VFW and worked as a Sheriff's Volunteer, serving the community.

Jim cherished his family and friends. He had a great sense of humor, a razor sharp wit and was huge fun to live with. When asked how he was feeling he would state "I'm in pretty good shape for the shape I'm in!" He could fit in anywhere - a man for all seasons. He loved animals, finding joy in them all his life.

He had a thirst for knowledge, was an avid reader and a history buff. He completed a four year university course in Japanese. 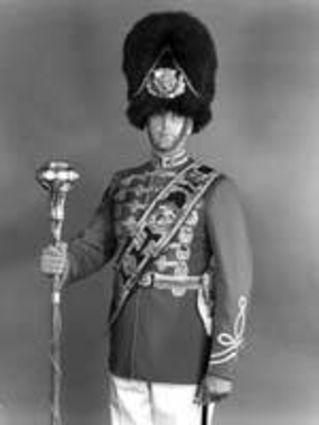 He was a man of many talents. He composed and wrote music beautifully and sang around the house. He gave piano lessons at one time. He was an accomplished artist - drawing and painting, and a mean pool player. He will be terribly missed here on earth, but his new Duty is playing in Sousa's Heavenly Band.

Many thanks go to Silverado Hospice who made Jim's last days comfortable, also to his faithful caregivers. Of course, he joked around with them all!

In addition to his wife Maggie, Jim is survived by two much-loved daughters:Tami (Greg) Zietlow, Missoula, Montana, and Patsy (Marty) Luckie, Orlando, Florida. He was Grandpa to Alex, Orlando. Many cousins and nephews will remember him fondly.

A private family Full Military Funeral will be held in Miramar National Cemetery at a later date.

If so desired, a donation may be made in Jim's memory to the Fallbrook VFW or Sonrise Christian Fellowship.