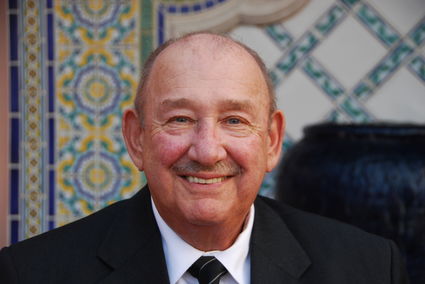 George was very proud of his parents, George and Kathryn, for bringing him up in the Catholic faith, and of his brother Gerard for the lifetime of shared companionship and deep caring.

Born May 10, 1933, in Exeter, Pennsylvania, his family moved to the Philadelphia area where he attended Glen-Nor High School, class of 1950, and received the best musician honors and awards in basketball. He attended St. Joseph's College in Philadelphia on a basketball scholarship, graduating in 1954, with an accounting degree and a great appreciation for his Jesuit education.

During his U.S. Air Force career, he married his sweetheart, Rose Doran, and obtained a masters degree in Business Administration from the University of Dayton, Ohio. Lt. Col. Jurosky retired from the United States Air Force as director of procurement at Tactical Air Command Headquarters in Langley, Virginia. His procurement career continued at Ralph M. Parsons Company, an engineering firm in Pasadena.

The George Jurosky family resided outside the United States during most of his military service. Assignments included Bogota, Columbia; the Panama Canal Zone; Tokyo, Japan; Seville, Spain, and the Rhinefaltz area of Germany. The final and most fortunate residence was one of choice. He found the "Friendly Village" of Fallbrook in Southern California, the most ideal of all.

He is buried at Miramar National Cemetery in California. His legacy is one of loving devotion and stewardship to family, God and country.