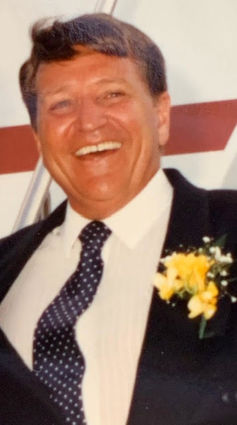 William Gene Norman died peacefully at the age of 88 in Wildomar, California on Dec. 26, 2020.

Gene was born in 1932 and raised in Fallbrook, California. In 1950, he served two years in the U.S. Marine Corps during the Korean War. He received his B.A. in business from San Diego State College and went on to get his master's at The American Institute for Foreign Trade.

In 1957, Gene joined Nelson Rockefeller with IBEC where he helped to develop CADA (a Supermarket chain) 40 chains in Venezuela, 11 in Argentina, and four in Peru. After developing those supermarkets, he joined Pet Milk Corp in 1964 to manage Latin American Operations and soon became their international vice president. He spent 15 years in Venezuela before he and his family returned to Fallbrook in 1972.

At that time, he helped in the creation of The Good Guys hardware store.

In 1977, he returned to doing what he most loved, working in foreign trade where he lived in Mexico and Venezuela until 1995. At that time, he and his family moved to California.

He lived full on with adventure and travel! And he was a most wonderful storyteller with a great sense of humor!

He is survived by his sister, Rose Marie Snyder; his daughters, Cathy Jean Norman and Gina Norman-Wright, and his step-daughters Ursula Turley and Diana Reyes.