By Jill Colvin and Zeke Miller
The Associated Press 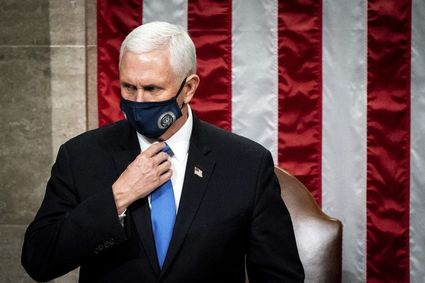 Vice President Mike Pence officiates as a joint session of the House and Senate reconvenes to confirm the Electoral College votes at the Capitol, Wednesday, Jan. 6, 2021.

President Donald Trump and Vice President Mike Pence appear to have come to a détente after nearly a week of silence, anger and finger-pointing.

The two met Monday evening, Jan. 11, in the Oval Office and had a "good conversation," according to a senior administration official. It was their first time speaking since Wednesday, Jan. 6, when Trump incited his supporters to storm the Capitol building as Pence was presiding over certification of November's election results. Pence and his family were forced into hiding.

During their conversation, the official said, Trump and Pence pledged to co...