Who's been charged in the deadly Capitol siege 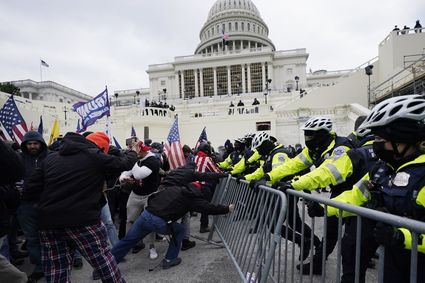 Trump supporters try to break through a police barrier, Wednesday, Jan. 6, 2021, at the Capitol in Washington. As Congress prepares to affirm President-elect Joe Biden's victory, thousands of people have gathered to show their support for President Donald Trump and his claims of election fraud.

Prosecutors have brought dozens of cases after the deadly attack at the U.S. Capitol, and more charges are expected in the coming days as investigators identify more members of the pro-Trump mob.

Investigators are collecting tips from the public, interviewing witnesses and going through photos, videos and social media accounts to collect evidence against the attackers who overran the Capitol to stop the certification of Democrat Joe Biden as the next president. And those who've been charged so far could lead investigators to others who joined in the violent siege on Capitol Hill.