Can you spot some of the locals on these maps? 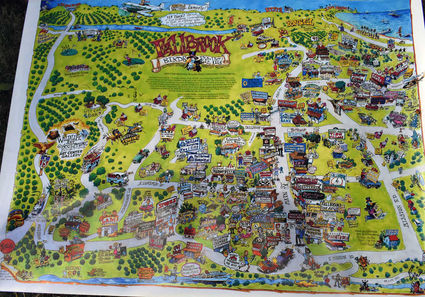 Some original cartoon maps that gained a lot of attention in 2001 recently resurfaced.

Brett Stokes, an illustrator of the original Fallbrook cartoon maps, put together several maps featuring businesses that had paid for advertising. While some people found the maps humorous, some of the depictions of things on the map near the businesses didn't make them too happy, and many of the maps were thrown away.

Some individuals, however, still have a few.

Rocio Ramirez Reynoso recently found out from her husband that her uncle, Felipe, was one of the locals featured on the maps.