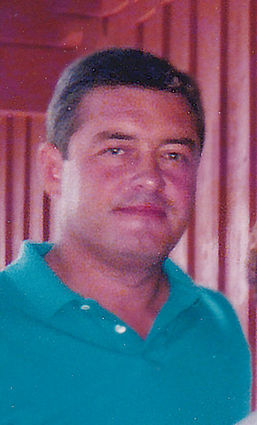 Born to Robert Edwin and Bonita Jo (Cooper) Chaffin during his father's deployment in World War II, Jim grew up on his family's ranch in Calipatria. He attended school in the Calipatria Union School District through 10th grade.

In 1961, his family moved to Fallbrook and Jim entered 11th grade at Fallbrook Union High School, from which he graduated in the Class of 1963. During his high school years, he was involved in a variety of athletics including football, basketball, baseball, and track and field. In addition to enjoying time with his friends in athletics, he also had a love of cars and playing the guitar.

After starting college, Jim enlisted in the U.S. Army along with other friends from Fallbrook and went on to be deployed and serve in the Vietnam War. He was awarded the Army Commendation Medal for Meritorious Service in Vietnam (1966/1967). During his military service, Jim made treasured lifelong friends, with whom he kept in regular touch until his death. He was a proud U.S. veteran.

Jim married Madeline Thomas of Fallbrook and resumed his college education, graduating with a Bachelor of Science degree from University of San Diego in 1971. Jim had three children with Madeline: Roy, Christina, and Olivia.

His career specialty was real estate and community planning for builders. Jim served as a liaison for developers with various cities and counties. As a broker, he owned and operated Town & Country Real Estate in Fallbrook.

His most enjoyable pastimes were flying his private plane, cooking, and listening to Country/Western music.

Jim was preceded in death by his parents, Robert E. Chaffin and Bonita Jo Barker of Fallbrook, California.

Jim is also survived by his longtime life partner, Beth Vaughn of Tucson and his two sisters, Patricia (Jerry) Lockard of Carlsbad, and Debbie (Jim) Ramsey of Fallbrook.

Acknowledging his love for vacationing in Hawaii, we say in farewell, "Aloha Jim!"

A remembrance gathering is being planned for this summer. To be notified of the event, you are welcome to email your contact information to [email protected].