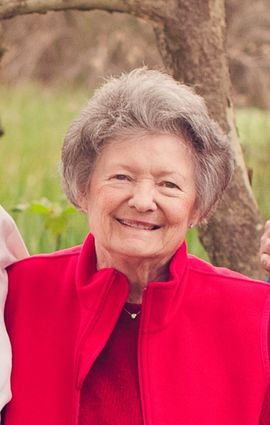 She attended Utah State University, where she was an active member of Sigma Kappa sorority and an outspoken human rights activist. Pat graduated with her bachelor's degree in Social Work, returned home, married her childhood sweetheart, Bob, and began a remarkable, selfless career in public service as a social worker in impoverished East Los Angeles neighborhoods (often getting chased back into to her small VW Bug by giant, barking dogs.)

In 1971, Pat and Bob adopted their first child, Jackson Hugh. Soon after, the family moved to Hacienda Heights, California, their home for the next three decades. In 1977, they adopted a daughter, Andrea (Andi) Marie. In the early 1980s, Pat returned to school and earned her teaching credential from Cal Poly Pomona. She soon discovered her true passion, teaching sixth grade!

Pat taught in the Whittier City School District for 20 years at Jackson, Lincoln, and Dexter schools. A very active advocate in the teacher's union, Pat was one of the district's most loved teachers and even earned the 2004 WHO ("We Honor Ours") Award, a prestigious honor given annually to one teacher who embodies service and support of public schools and public education.

Pat touched hundreds of lives during her tenure, and likely even saved a few as well: in one particularly brave instance, she even removed a handgun from a student's possession without incident. Back then, this wasn't newsworthy, but she may have saved a lot of lives that day- especially the life of the poor child who made the decision to bring a loaded handgun to school.

A night owl, Pat was nevertheless so dedicated to her calling that she got up by 5 a.m. each day to go to work and routinely stayed behind to visit, counsel, and mentor current and returning students before arriving home just in time to make dinner. Students would often return to catch up, even telling her bad news or of times when they were not living up to their potential, because they knew that Mrs. Baker would hold them accountable, show them she truly cared, and would always give them a Jolly Rancher candy.

Pat also delighted in spending hours visiting with the school's night cleaning crew and seemed to know the family history of everyone she cared about – even her car mechanic!

Pat was sought out as someone who would listen and truly care; she exhausted most of her free time just being there for others. In her remaining free time, Pat loved to read... and read, and read! It was her favorite pastime; she especially enjoyed murder mysteries and John Grisham novels.

Though not overly fond of travel by plane, train, or automobile, Pat loved to cruise, and was able to go on many ship adventures, including to Europe, Hawaii, the South Pacific, Mexico, and Alaska, before Alzheimer's took hold.

After Pat and Bob retired, they moved to the small and lovely retirement community of East Ridge in Fallbrook, California, where they have been active residents for over a decade. Pat became a grandmother to Alice Siegmund in 2012 and again to Roland Siegmund in 2013. The love and delight they brought each other was true and unbreakable – even after Alzheimer's cruelly took their names from her tongue, it couldn't extinguish the light in her eyes and the joy on her face whenever she saw them.

Pat was a selfless mother and devoted wife. Despite working full time, she was always home for dinner and never missed her kids' school events, recitals, sporting events, or volunteer opportunities. Pat was also an advocate for causes close to her heart, and always fought for and defended others who did not have a voice. She doted on her children, their spouses (Sandra Baker and David Siegmund) and her two grandchildren.

She also loved her dogs over the years and treated them like family. Pat especially loved her husband, who brightened her life from the moment they met as young neighbors and cared for her lovingly until the day she went to be with our Lord.

Bob and Pat's marriage has been an example to others as a union wherein both parties worked hard and made the daily choice and effort to achieve a successful and strong partnership. Bob and Pat were married just shy of 54 incredible years!

Pat leaves behind a loving family. She is survived by her husband of 53 years, Robert Baker; her sister, Cheryl Simmen; her children and their spouses, Jackson and Sandra Baker, and Andrea and David Siegmund; her grandchildren, Alice and Roland Siegmund; and her nephew, Sean Simmen. She also leaves a legacy of conviction, compassion, and service that inspire all who knew her well.

Services are pending, but in lieu of flowers, the family has requested donations be made in Pat's name to Alzheimer's Association at https://www.alz.org/.