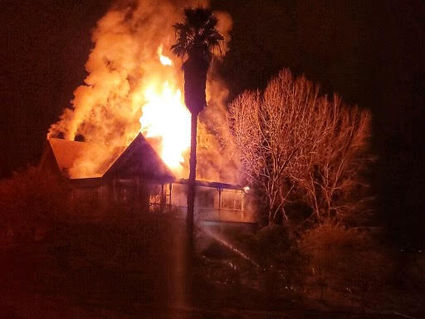 A fire that tore through a house in De Luz late Thursday night, Feb. 4, left one person without a home to safely go back to, a North County Fire Protection District spokesperson said Friday, Feb. 5.

The blaze was reported a little after 10:45 p.m. at a two-story house in the 41000 block of Gavilan Road, North County Fire Capt. John Choi said.

Firefighters arrived about 15 minutes later to find "extensive fire conditions," and while they were able to contain the fire to the home's second floor, some fire crews were still cleaning up hotspots in the home as of 7:30 a.m. Friday.