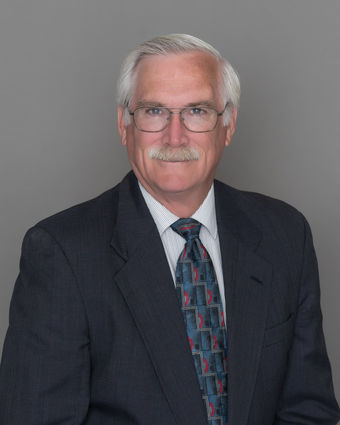 The Rainbow Municipal Water District board selected Hayden Hamilton to be the board president for 2021 and 2022 meetings.

The board's 5-0 vote, Jan. 26, designated Hamilton as the board president, Miguel Gasca as the vice-chair and Pam Moss as the board secretary. Moss, who replaced Helene Brazier as the Division 1 board member, also replaced Brazier as the chair of the district's Engineering and Operations Committee.

"I'm interested in seeing this district be able to get affordable water at a reasonable cost without sacrificing quality or deliverability," Hamilton said.

Hamilton defeated appointed incumbent Rich Bigley in the November 2016 election and ran unopposed for reelection in 2020. He was the board secretary for 2017 and 2018 and the board vice-chair for 2019 and 2020.

"It's kind of a natural progression to move on up to the chair's position," he said.

Hamilton has not previously been a board chair.

Although Hamilton did not have the other duties of a board chair in 2020, Brazier was unable to participate in the district's virtual meetings and Hamilton chaired those board meetings. "Hayden's done a great job filling in for about the last six months or so and he's an extremely capable person, able to take the board leadership," Tom Kennedy, general manager of Rainbow Municipal Water District, said.

Professionally Hamilton was involved in engineering software and structural analysis before retiring.

"I've never really chaired anything. I've been in startup operations," he said. "I've been in senior management positions."

Hamilton is still involved in some consulting, and he also runs an equine rehabilitation facility in Olive Hill where he now lives.

"My hobby is aviation," Hamilton said.

Before he moved to California in 1982, Hamilton often flew for business travel. He is currently making trips to Warner Springs to reinstate his glider pilot's license.

Hamilton is now 71. He grew up in the southern Texas town of Harlingen and studied engineering at the University of Texas.

"My water experience before being on the board was almost nil," Hamilton said.

He has a sister who has been involved in groundwater and who also served as a county commissioner, which is the Texas equivalent of a county supervisor.

"Much of what the board is responsible for isn't as much water issues as the management of the activity. That doesn't change from business to business," Hamilton said.

Hamilton moved from Carlsbad to the Olive Hill area in 1999 and has been a Rainbow Municipal Water District resident and ratepayer since then.

"I've seen the ups and downs of how the district has been run," he said.

Kennedy has been Rainbow's general manager since he was hired in August 2014.

"I'm glad that we hired Tom Kennedy. He has done wonders," Hamilton said. "We brought a lot of controls and checks and balances into the system. We can almost predict where the next pipe break is going to be."

The ability to identify faulty pipes doesn't result in fixing all of them.

"We don't have a lot of money to work with to do capital improvement projects," Hamilton said.

Rainbow purchases water from the San Diego County Authority, so the SDCWA rates limit the ability of Rainbow to fund maintenance and capital improvements. Rainbow and the Fallbrook Public Utility District have filed an application with San Diego County's Local Agency Formation Commission to detach from the CWA and annex into the Eastern Municipal Water District, which would provide for lower wholesale rates.

"I'm a major proponent of the detachment," Hamilton said.

The CWA has a weighted vote. In November, a vote to spend $1.3 million on a study for a Regional Conveyance System which would provide a direct connection for Colorado River supply rather than using the Metropolitan Water District of Southern California aqueduct system was passed by a narrow margin due to the weighted vote, even though most agencies opposed spending money on the study.

The Regional Conveyance System itself has a construction cost estimate of nearly $5 billion and annual maintenance costs estimated at between $140 million and $150 million.

Hamilton fears that the Regional Conveyance System would increase the cost for FPUD and Rainbow ratepayers.

"That just rubs me the wrong way to pay for something we can't use," he said.

In April 1995, Rainbow's board adopted Ordinance 95-1 which required a public vote for the district to incur additional debt if Rainbow's existing debt exceeded $1 million. Ordinance 95-1 was repealed in October 2018.

"Repealing 95-1 has allowed us to get a very low interest rate loan," Hamilton said.

Rainbow's projects since eliminating Ordinance 95-1 include the replacement of the district's water meters. A water audit and subsequent meter accuracy testing determined that approximately 6.4% of water delivery was not recorded due to meter inaccuracy.

Approximately 40% of the district's meters have been replaced.

"We already are beginning to see shrinkage of that loss," Hamilton said.

The district has more than 300 miles of pipe, and about 60% of that pipe is approaching being 50 years old.

High-pressure areas are more at risk of pipeline failures.

"We have some pressure regulating projects we're working on to try to mitigate some of those issues," Hamilton said. "We have some water mains that have 400 psi (pounds per square inch) in them."

The pressure in flat areas is typically between 100 and 120 psi. That includes Hamilton's property.

"Our area is much more level," he said. "We don't have as many of those problems as the people who live out in Rainbow."

The district had some problems involving water pressure when hoses were connected to fire hydrants during the December 2017 Lilac Fire. That fire approached about 200 yards away from Hamilton's property.

The virtual meetings and work being performed outside of the district office were implemented to protect against the spread of coronavirus but have resulted in other benefits.

"It's much better time management, much more efficiency," Hamilton said. "We're getting more efficient use of staff."

Rainbow staff returned to the district office for the Jan. 26 meeting, although four of the board members still utilized the distance option. Due to internet problems at his home, Michael Mack used the internet from the district building.

The virtual meetings eliminate the need to travel to the district office. Hamilton would like to continue Zoom or other remote meetings after full occupancy of the facility is once again allowed.

"It's just more convenient," he said.