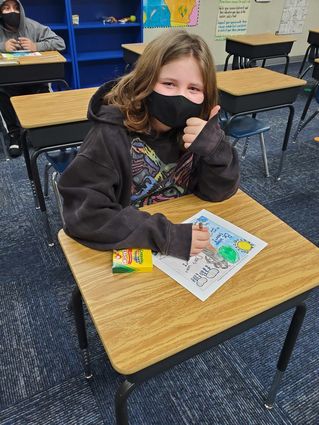 FALLBROOK – An annual art contest is not an easy thing to conduct during a pandemic, with students mostly learning from home and teachers' time is stretched thin.

But one teacher didn't give up on the contest he loves. Guillermo Acevedo, a fourth grade teacher at Live Oak Elementary, said he loves the Fallbrook Public Utility District's "Be WaterSmart" poster contest so much that he found a way for his students to participate. He's been having his students participate in the contest for 16 years. This year, he was the only teacher in the school district who participated.

In a typical year, Noelle Denke, FPUD's public relations representative, visits his and other Fallbrook teachers' classrooms in October. Denke plays a very hands-on water-trivia bingo game with the students that gets their minds rolling on what to draw.

The top submissions are chosen for the Be WaterSmart calendar. Typically, there are about 250 entries. This year, there were only 16. And they were all from Acevedo's class.

"This is by far my favorite contest," Acevedo said. "As teachers, we are approached with so many contests. This one gives the kids the most recognition. They learn so much and have so much fun playing water bingo and then making their posters."

The annual contest is open to all fourth graders in FPUD's service area, and teachers play a key role in encouraging or requiring their students to enter. Fourth graders were chosen for the contest because they studied water conservation and the water cycle in earlier grades.

Since in-person classroom visits were not an option, combined with the uncertainty of if or when students would return to the classroom, Denke said she wasn't sure if there would be any participation in 2021.

"No participation means no calendar," Denke said. "So I reached out to Mr. Acevedo to see if he had any ideas. Together, we brainstormed. So I extended the deadline, made a video explaining the contest and sent it to all the fourth grade teachers in the district."

During a brief, two-week return to the classroom in January, Acevedo worked with his students to make their posters. All 16 submissions came from his class, and Denke said all the entries were worthy of inclusion in the 2021 calendar. 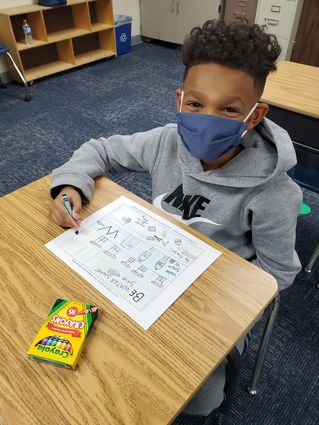 It will be the first time the calendar will be made up of entries from just one class. It is also the first time FPUD will produce an 18-month calendar that will be ready in late February. Since the FPUD office is closed to the public due to COVID-19, the free calendar can be picked up at Major Market, Northgate Market, Albertson's, Joe's Hardware and the Fallbrook Chamber of Commerce.