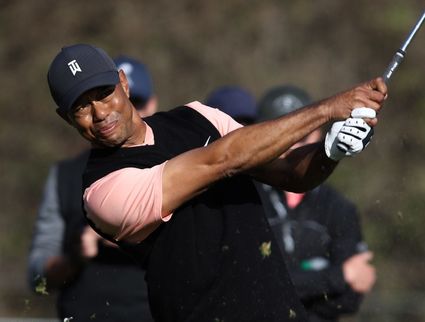 The crash was reported at 7:12 a.m. on Hawthorne Boulevard at Blackhorse Road, according to the Los Angeles County Sheriff's Department.

"The vehicle sustained major damage," according to a sheriff's department statement. "The driver and sole occupant was identified as PGA golfer, Eldrick `Tiger' Woods. Mr. Woods was extricated from the wreck with the 'jaws of life' by Los Angeles County firefighters and paramedics, then transported to a local hospital by ambulance for his injuries."

Fire officials said Woods suffered moderate to critical injuries. In a statement to Golf Digest, Woods' agent Mark Steinberg said, "Tiger Woods was in a single-car accident this morning in California where he suffered multiple leg injuries. He is currently in surgery and we thank you for your privacy and support."

The circumstances of the crash were under investigation. The vehicle was northbound on Hawthorne Boulevard at the time of the accident. The 45-year-old Cypress native was the host of The Genesis Invitational golf tournament held at Riviera Country Club over the weekend. He had remained in the Southland to participate in a two-day promotional shoot

with Golf Digest and Golf TV at Rolling Hills Country Club, where he was reportedly headed this morning for a second consecutive day of filming. 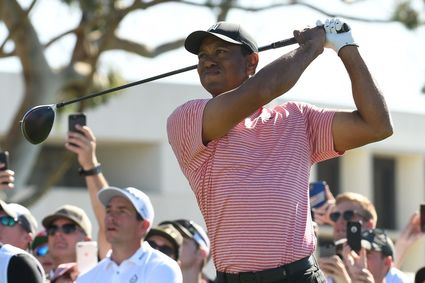 He was photographed at the course Monday with retired NBA star Dwayne Wade and comedian David Spade. Woods, who has battled back issues in recent years, last competed in a golf tournament on Dec. 20, at the PNC Championship in Orlando. He subsequently had surgery to remove a pressurized disc fragment that was pinching a nerve, his first surgery since undergoing a spinal fusion in April 2017.

Woods came back from that operation to win the 2019 Masters, his 15th

major title, second only to Jack Nicklaus' 18. On Sunday, Woods told CBS' Jim Nantz that he was scheduled to have an MRI and would await the results to determine when he could begin training for a return to competition.

Woods has had two other high-profile auto incidents. In November 2009, he crashed his SUV into a fire hydrant outside his Florida home and suffered minor injuries. In 2017, he was found asleep in a vehicle in Jupiter, Florida, and was found to have multiple painkillers and sleeping aids in his system. He subsequently entered a diversion program.