A salute to Black pioneers 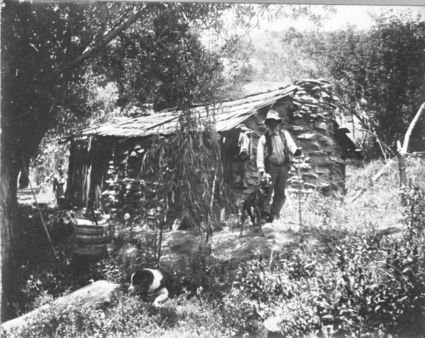 Nate Harrison's cabin on Mt. Palomar, circa 1940. His cabin has been razed and bed & breakfast hostelry invites guests to reminisce at that location now.

There were four pioneers whose remarkable stories should not be forgotten: James Hamilton, Albert and Margaret Robinson, and Nate Harrison. They settled in Anza, Julian, and on Palomar Mountain.

James Hamilton was born in Ohio. In the late 1840s, he and a brother came west with a Mormon group heading to Utah Territory. Hamilton arrived in San Bernardino in 1850 and then moved to San Diego where he operated a hotel for a while.

James went to Rancho San Felipe, near Warner Springs, where he married a Native woman. He was evicted from land he had settled near San Felipe and came to a valley b...