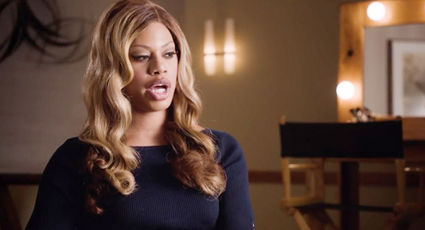 Actor Laverne Cox discusses her life as a transgender woman in the film "It Gets Better," which was shown during Hemet pride events recently. Valley News/Courtesy photo

WASHINGTON (AP) - The Democratic-led House passed a bill Thursday that would enshrine LGBTQ protections in the nation's labor and civil rights laws, a top priority of President Joe Biden, though the legislation faces an uphill battle in the Senate.

The bill passed by a vote of 224-206 with three Republicans joining Democrats in voting yes.