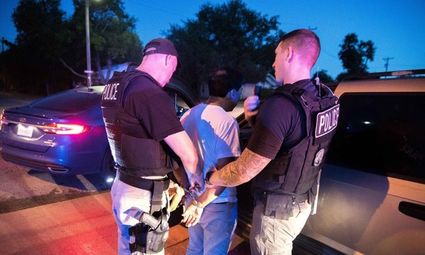 A man that came into the U.S. illegally who had been previously incarcerated in 2017 for sexual assault against a child was arrested again on Wednesday by San Diego Sector Border Patrol.

It was the 25th arrest of this type since the start of the new fiscal year, reaching the record high reported last year.

Only 25 illegal immigrant sex offenders were arrested during the entire 2020 fiscal year. That number was reached within the first five months of fiscal year 2021, reported U.S. Customs and Border Protection (CBP).

Border Patrol spotted the 34-year-old Mexican national while patrolling the Otay Mountain Wilderness, about a mile and a half north of the border. He subsequently admitted to his illegal presence in the United States.

The agents then found out that he had a criminal record from 2017, when a Nevada judge gave him four years of prison for lewd conduct with a child.

He is now facing more charges for re-entering illegally after having been deported.

"I commend our agents for their steadfast protection of America," said Chief Patrol Agent Aaron Heitke. "Apprehending predators like these makes our communities safer."

This file photo shows a hole cut into Southern California's border fence with Mexico on March 3, 2021. (U.S. Customs and Border Protection via AP) 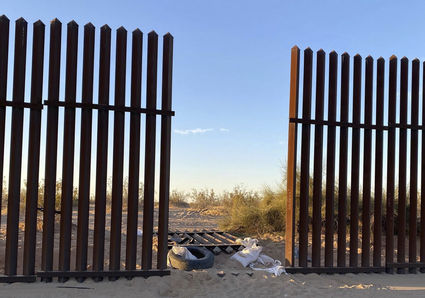 Slaton said that the actions taken by President Joe Biden shouldn't stop the construction of the wall along the U.S.-Mexico border in Texas.

"President Trump fought to bring real border security and was opposed by Republicans and Democrats in Congress. While hundreds of miles of new wall were built under his leadership, the Biden administration has already ceased border wall construction," Slaton said, reported The Texan.

"It is time for Texas to stand up and finish the work that President Trump started. Let's finish building the border wall now," he added.

Reprinted with permission from The Epoch Times. To subscribe