By Sara Cline
The Associated Press Report for America 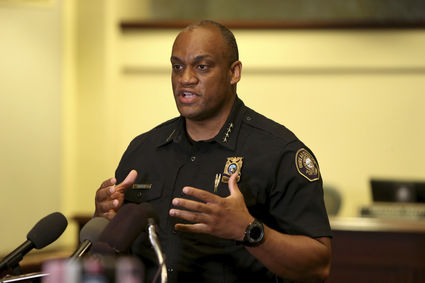 In this Aug. 30, 2020, file photo Portland police Chief Chuck Lovell calls for an end to violence in the city during a news conference a day after a demonstrator was shot and killed in downtown Portland.

Elmer Yarborough got a terrifying call from his sister: She wept as she told him two of his nephews may have been shot in broad daylight as they left a bar in Portland, Oregon.

He drove there as fast as he could. An officer told him one of his nephews was heading to the hospital and the other, Tyrell Penney, hadn't survived.

"My sister, Tyrell's mom, was on the phone; I just said, 'He's gone.' And I just heard the most horrific scream that you could ever imagine," Yarborough said.

When Penney was killed last summer, unrest was roiling liberal Portland as protesters took to the streets night...