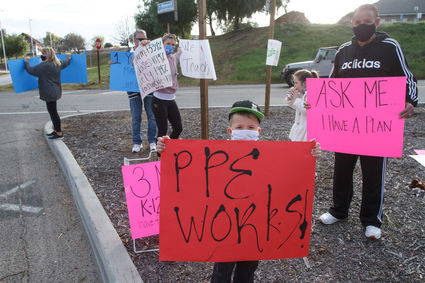 A group of members of the community gather in front of Bonsall Union School District to rally support in encouraging the school district to allow in-person learning for students, March 8.

The main focus of the March 10 Bonsall Unified School District board meeting, via Zoom, was whether or not the school district would be allowing students to return to in person education five days a week.

After the peaceful protest by Bonsall parents all week, BUSD decided that the options needed to be considered and discussed further at a negotiation meeting with the Teachers Union and Bonsall parents on Friday, March 12.

No decisions were made at the March 10 meeting; however, many different opinions were highlighted in the public comments portion of the meeting. Parents, students, te...