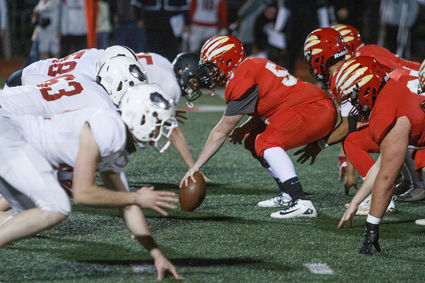 Coronavirus restrictions limited preparation opportunities, but the Warriors' attitude March 12 was not a casualty of reduced practices. "I'm very pleased about the effort, which is the one thing we can control," Everhart said.

In 2019, Classical Academy participated in the CIF Division III playoffs. Fallbrook dropped down from Division IV in 2019 to Division V for 2020-21, although the CIF San Diego Section will not have football playoffs this spring.

Practices are scripted while a scrimmage provides experience against an opponent whose plays are unknown to the team the opponent faces. "There was a lot of guesswork, what they were going to run against us," Everhart said of Classical Academy.

"I was just very, very impressed," Everhart said. "I was very excited about the way the staff executed and got the kids to execute."

Each player is allowed a small number of family members and friends who can watch the game in person. The only coronavirus-related change on the field was the elimination of the post-game congratulations to the other team. "When the game was over we just kind of walked away. It goes against everything you've grown up knowing about sports," Everhart said.

In an effort to maintain separation of players and coaches from each other, the bench area has been widened by 40 yards. "The sidelines have been extended to the 10," Everhart said.

Normally the players and coaches on the sidelines are restricted to between the 30-yard-line on each side of midfield. The additional 20 yards on each side allowed coaches to be closer to plays near the end zone. "It doesn't affect the kids," Everhart said.

No CIF sport began practice prior to February for the 2020-21 seasons. "They've compressed three seasons into one because they've opened everything up at one time," Everhart said.

Players who play multiple sports must thus choose one. Fallbrook ended the 2019 season with 31 players on the varsity, but Everhart currently has 48 boys on his varsity roster. Another 51 student-athletes are on the junior varsity football team. "As of right now we're okay," Everhart said.

What was supposed to have been Everhart's first spring practice with the Warriors didn't occur in 2020, although during the summer the Ingold Sports Center opened to allow some conditioning. Even before the cancellation, Everhart had no plans to have Fallbrook participate in a summer passing league.

Fallbrook was winless in the Warriors' 10 games in 2019. The Warriors only scored 39 points for the entire season while allowing 493. Seven of the Fallbrook losses were by shutout. 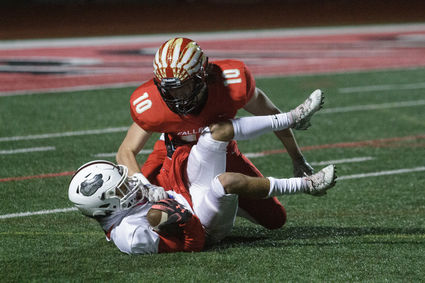 Although the shutout win against Classical Academy isn't official, the Warriors last blanked an opponent in the regular season in 2016. "Just a tremendous improvement," Everhart said. "Hopefully we can continue to build on that and, if we do, we're going to be fine."