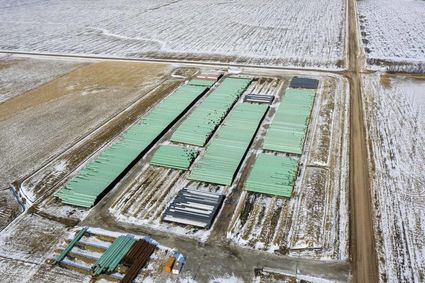 In this Dec. 18, 2020 photo, pipes to be used for the Keystone XL pipeline are stored in a field near Dorchester, Nebraska. Omaha World-Herald

The states, led by Montana and Texas, accused President Joe Biden of overstepping his constitutional authority when he revoked the Keystone XL Pipeline's federal permit, Jan. 20, hours after entering office, in the lawsuit filed Wednesday afternoon in the U.S. District Court for the Southern District of Texas.

"The power to regulate foreign and interstate commerce belongs to Congress – not the Preside...