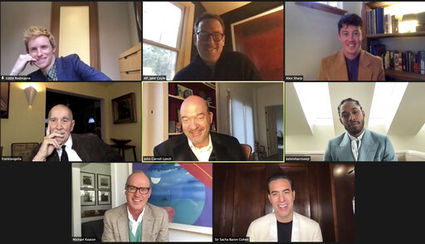 Meanwhile, Netflix' "The Crown'' continued its awards season dominance by winning the prize for best ensemble in a drama series, while Pop TV's "Schitt's Creek,'' after sweeping the comedy categories at the Emmys, won the SAG honor for best comedy ensemble.