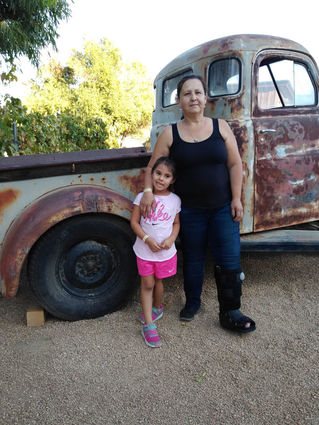 Evelia Ponce and her granddaughter enjoy spending time together in Fallbrook and Temecula.

In 2016, Evelia Ponce was diagnosed with breast cancer, and she successfully went into remission after completing chemotherapy and radiation. In November 2020, Ponce received the unfortunate news, however, that she had a unique and dangerous case of melanoma. It began on her upper chest, but it has since spread to her neck.

Ponce is a single mother of four sons, and she lived in Fallbrook for 44 years before moving to Temecula last year. She has been delivering the San Diego Union Tribune to residents since the mid-90s, and she is passionate about helping other people and keeping her custo...