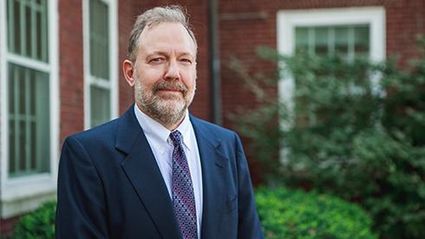 The 6th Circuit U.S. Court of Appeals ruled in favor of professor Nicholas Meriwether in Meriwether v. The Trustees of Shawnee State University recently. Circuit Judge Amul Thapar wrote that not only had Meriwether's First Amendment rights been violated, but his religious rights as well in the free exercise clause.

It is one lawsuit that has been watched as it relates to "compelled speech." Most Americans are probably oblivious to the term, but compelled speech has been hotly debated not only in the U.S., but also in Canada over the last couple of years because for the first time in common law history, Canada mandated that people were forced to say something, whether they believed it or wanted to, or not. Traditionally, free speech laws protected someone voicing their opinions or grievances against the government, etc., but compelled speech goes further and forces people to say something possibly against their will. It's common in Communist countries where you have to say what the government tells you to, rather than what you believe.

Compelled speech is presently being challenged as it relates to transgenderism and preferred pronouns. While I believe most individuals want to respect, be polite and not cause any hurt feelings, we have to consider the political implications of the government being able to force you to say something you don't believe or want to say.

With Bill C-16 in Canada, it was reported that the government first went to the attorneys and forced them to sign a document threatening to remove them from the bar if they didn't go along with compelled speech, and they formed human rights tribunals, which were above the court system. So, someone who wanted to defend themselves in Canada would have a hard time finding an attorney. Now it's been a year or so since I've researched this in Canada, but that's the last I remember as it relates to Canada.

In National Institute of Family and Life Advocates v. Becerra in 2018, the U.S. Supreme Court struck down two provisions of the California Reproductive Freedom, Accountability, Comprehensive Care and Transparency Act, the FACT Act, that required clinics that provide health service to pregnant women to include pro-abortion notices. The Court narrowly ruled 5-4 that those notices amounted to content-based, compelled speech in violation of the First Amendment or were an unduly burdensome disclosure requirement.

So it struck my interest when I saw this lawsuit and decision from the 6th Circuit Court of Appeals.

According to Alliance Defending Freedom, which filed a lawsuit on Meriwether's behalf, the biological male student approached Meriwether after class, informed him that he identified as transgender and demanded that Meriwether refer to him as a woman, with feminine titles and pronouns. When Meriwether did not immediately agree, the student became aggressive, physically circling him, getting in his face, using expletives and even threatening to get Meriwether fired.

ADF said, "As a philosopher and as a Christian, Dr. Meriwether believes that God has created human beings as either male or female, and that a person's sex cannot change. To call a man a woman or vice versa endorses an ideology that conflicts with his beliefs. However, Dr. Meriwether offered a compromise: He would refer to this student by a preferred first or last name only. That way, he would not call the student something the student did not like, but he would also not say anything that contradicts what he believes is real and true."

The compromise didn't satisfy university officials who formally charged Meriwether, claiming he "created a hostile environment" and discriminated against the student. Later, they placed a written warning in his personnel file that threatened "further corrective actions" if he did not refer to students using pronouns that reflect their self-asserted gender identity.

John Bursch, senior counsel for the Alliance Defending Freedom, who represented Meriwether, said in a statement that "nobody should be forced to contradict their core beliefs just to keep their job."

"We are very pleased that the 6th Circuit affirmed the constitutional right of public university professors to speak and lead discussions, even on hotly contested issues. The freedoms of speech and religion must be vigorously protected if universities are to remain places where ideas can be debated and learning can take place," he said.

My libertarian friend would say, "You have every right to punch your fist in the air, but at the point it hits me in the nose, you have just violated my rights." I think of that statement often. Our system of freedoms can be complicated as we interact with other people's freedoms. We typically want to respect people and treat them the way we want to be treated, but again, it gets complicated and possibly dangerous when the government starts mandating what you can't and what you have to say.

I'm interested in what our readers have to say about this. What do you think?