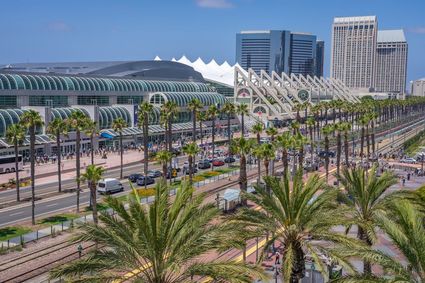 The San Diego Convention Center Is set up to accept AS MANY AS 1,400 children who are unaccompanied children seeking asylum in the United States.

The San Diego Convention Center was set up to accept about 500 girls between the ages of 13-17 which are unaccompanied children seeking asylum in the United States.

The convention center will be used over the next 30-35 days to provide temporary shelter, Mayor Todd Gloria said on Saturday, March 27.

The center will accept no more than 1,400 children.

"This is a temporary emergency posture," Gloria said. "We want to make it clear that we are a welcoming city."

The mayor said they're not just supplying cots. The shelter will include educational and recreational services, meals, hygiene, medi...