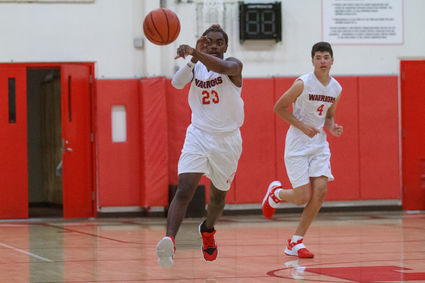 Fallbrook's Jewon Williams makes a pass to a teammate during the varsity boys basketball game against the Carlsbad Lancers, March 26.

"We only had six kids, so it was tough," said Fallbrook coach Moe Golshani.

Golshani, who made his Fallbrook High School coaching debut March 26, was able to obtain 15 boys for th...