By Peter Prengaman
The Associated Press

A ghostly border video reveals the dangers for migrant children 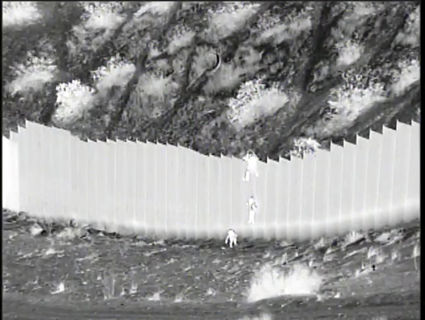 This Tuesday, March 30, photo taken from night video provided by the U.S. Customs and Border Protection shows a smuggler dropping children from the top of a border barrier in Santa Teresa, New Mexico.

A border wall. Smugglers. Small children being dropped into America in the darkness.

A grainy video released Wednesday, March 31, by authorities – its figures visible only in ghostly white outline, its stark storyline dramatic and obvious – captures, in mere seconds, the dangers for migrant children at the southern U.S. border.

A man straddling a 14-foot barrier near Santa Teresa, New Mexico, lowers a toddler while holding onto one arm. With the child dangling, he lets go. She lands on her feet, then falls forward face first into the dirt. The smuggler does the same thing with a slightl...