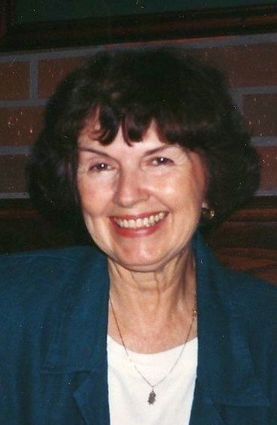 We are sad to report the death of longtime Fallbrook resident Dolores Rae Masturzo. She passed away at her Fallbrook home on April 2, 2021, at the age of 89. She had been fighting the effects of post-polio syndrome for many years, and more recently dementia was added to her challenge.

Dolores was born in 1931 in Hysham, Montana, to parents Alexander Olson and Helen Williams. Her family moved from Montana to Oregon in 1942, and she graduated from West Linn High School in 1949. It was in Portland, Oregon, in 1950, that she met and married Don Masturzo.

The couple soon took up residence in Ventura County, California, had two sons, later moved south to Orange County, and in 1965 moved farther south to settle in Fallbrook. They recently celebrated their 70th wedding anniversary.

Before retiring in 1985, Dolores worked as a bookkeeper/secretary for Don Souther, a general contractor who specialized in constructing custom adobe homes.

She was a member of the Los Arrieros Jeep Club for many years and enjoyed their jeep runs to various wilderness areas except when it got too hot. Her other interests included singing, cooking, art, and philosophy.

Dolores was proud to be an associate member of Fallbrook's Angel Society and cherished her time working at their Angel Shop. She loved assisting others. Even as her fatigue and memory worsened, when she was able to speak, she would often ask the question: "How can I help?"

She was a great wife and mother, sacrificing much of her precious energy to give her family a loving home. Her beautiful smile will not soon be forgotten.

Due to coronavirus concerns, no public service will be held.