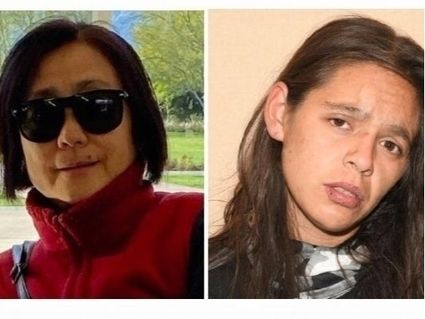 A transient accused of fatally stabbing a 64-year-old woman as she walked her dogs on a Riverside street made her initial court appearance Monday, April 12.

Darlene Stephanie Montoya, 23, was arrested Saturday, April 10, after the alleged attack on Ke Chieh Meng of Riverside and is charged with murder and a sentence-enhancing allegation of using a deadly weapon – a knife – in the commission of a felony.

According to Riverside police Officer Ryan Railsback, Meng was walking her two small canines on Golden Avenue, near Stonewall Drive, when she was approached about 7 a.m. Saturday.