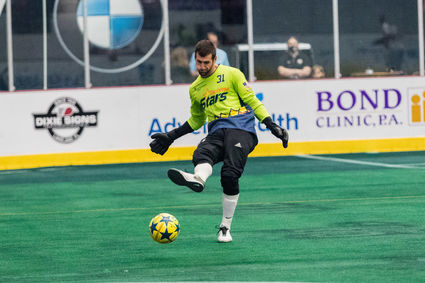 Stars goalie Chris Toth is seen in action during a game against the Florida Tropics.

The 12th professional indoor soccer season for 2007 Fallbrook High School graduate Chris Toth, and Toth's first season with the Tacoma Stars, ended March 28, when the San Diego Sockers eliminated the Stars in the first round of the Major Arena Soccer League playoffs.

"It definitely did end a lot earlier than expected. I thought we had a solid roster," Toth said.

The seven MASL teams who took the field for the 2020-2021 season had strong rosters in part because the other 10 MASL teams were unable to make arrangements to play due to the coronavirus shutdown. The Sockers and the Stars had no...