One person killed in fiery crash, lanes shut down on I-15 South 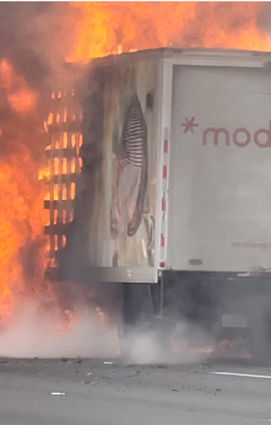 A box truck burns after colliding with a sedan on southbound I-15 just north of Rancho California Road.

A two vehicle collision involving a box truck and a vehicle has left one person dead, according to CAL Fire. 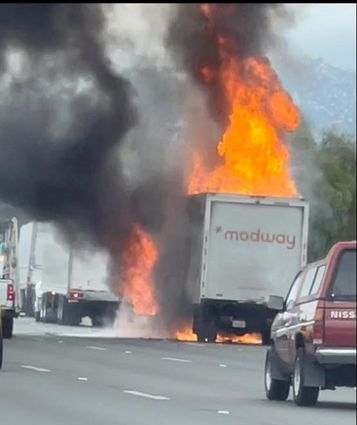 The crash, on southbound I-15 just north of Rancho California Road, was reported on Thursday, April 22 at 12:30 p.m.

Officials reported that a blue sedan ended up under a box truck with both vehicles fully engulfed in fire in the middle lanes.

The freeway was closed with just the center divide and the No. 1 lane open. According to witnesses on the scene, the truck driver was said to have jumped out of the vehicle.

A sig alert was announced for both sides of the freeway at 12:55 p.m.