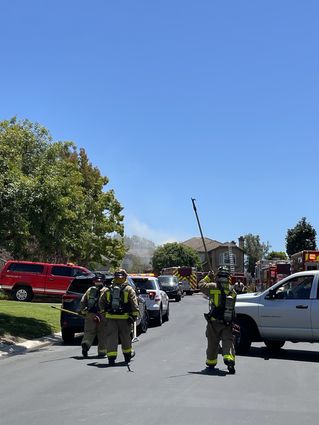 A call for a residential fire came in at 12:29 pm today at 2196 Kirkcaldy Rd. in Fallbrook, according to North County Fire Protection District PIO John Choi. He said, "The first unit to arrive on scene was engine 111, which found a working fire on the left back side of the home. The fire crew went through the house and found that there was a running attic fire in the house. Crews were able to hold it in the attic and save the house." 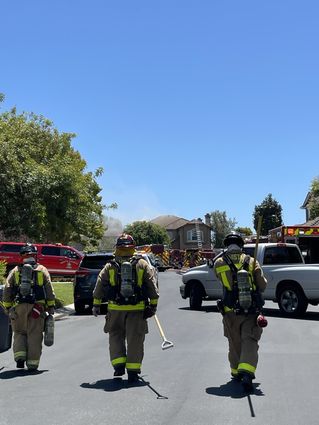 PIO Choi said two residents were home. One of the homeowners suffered an injury on scene, but it was unrelated to the fire and they were treated.

"The collaborating agencies who assisted were Vista Fire, Oceanside Fire, Camp Pendleton Fire, Deer Springs, and Cal Fire. Eight engines showed up to fight the fire because it was a second alarm fire," according to PIO Choi. He said, "A second alarm fire so there was a doubling of resources, so we had quite a few engines who assisted." He added that the fire was under control at 1:14 pm. The cause is still undetermined and it is still under investigation.

A residential fire has been reported on Kirkcaldy Rd. in Fallbrook. North County Fire is on scene as well as Vista Fire. This is a developing story. No other information is available but information will be released as it becomes available. .