Number of children living only with their mothers has doubled 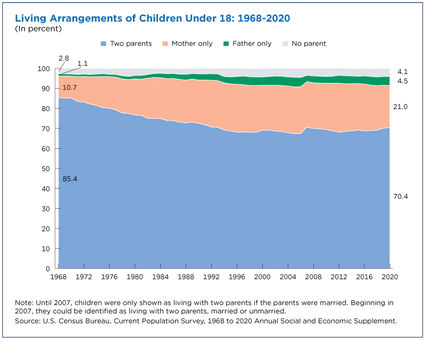 The number of children living with two parents has dropped since 1968, while the percentage living with their mother only has doubled.

In 1968, 85% of children under 18 lived with two parents, regardless of marital status; by 2020, 70% did, according to the Census Bureau's Current Population Survey.