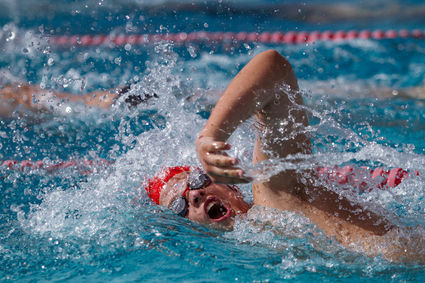 Pearce had a time of 51.68 seconds at the league meet race April 15 at Fallbrook High School. The previous Valley League championship meet record of 51.89 seconds was set by Ramona's Brandon Powell on May 7, 2016.

The second-place swimmer, Joey Cairns of San Marcos, finished in 55.66 seconds. "It was a dominating swim," Richardson said. "He and Brock are both swimming really wel...